Your browser does not support java script. 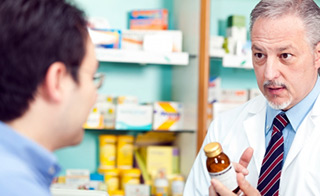 This CE activity was originally published in The Rx Consultant.  If you received credit for it previously, you cannot receive credit for it again.

Thirty seven years after the first case of acquired immunodeficiency syndrome (AIDS) was reported, 36.7 million people world-wide are living with HIV. About 1.8 million new HIV infections and 1 million AIDS-related deaths were reported in 2016. However, there has been significant progress in battling the disease over the last 20 years. Since 2001, the number of new cases decreased by 40% worldwide, and since 2005, AIDS-related deaths have declined by 56%. For the first time in the US, the number of new infections declined 18% between 2008 and 2014.

Due to the availability of potent and better-tolerated antiretroviral agents (ARVs) that prolong life, the number of people living with HIV has increased significantly since the late 1990s. About 1.1 million people in the US are currently living with HIV infection. People living with HIV now have a similar life expectancy as the general population. The 50 year old and older age group accounted for almost one-half (45%) of persons living with HIV infection in the US in 2014. However, complete viral suppression with ARV treatment does not fully restore health. Deaths due to non-AIDS related complications worldwide range from 13.8% (sub-Saharan countries) to 62.3% (high-income countries). These include cardiovascular, kidney, and liver diseases; cancers; and neurologic disorders often associated with aging...

The CE Activity developed by The Rx Consultant